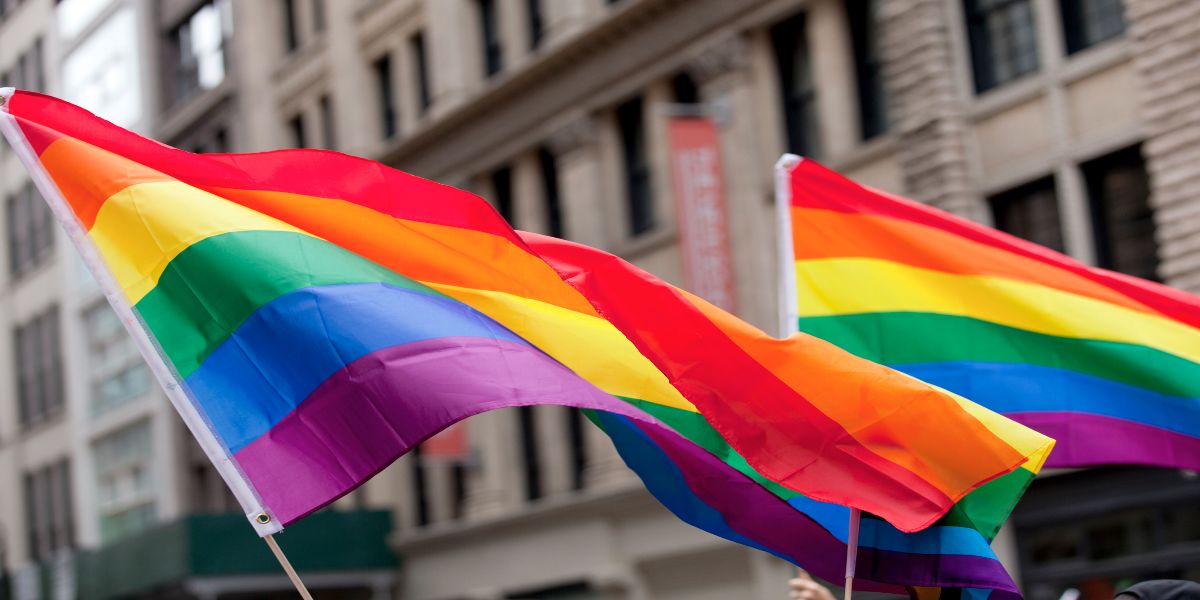 It’s June 2020 which means it is Pride Month. The World may be in a state of contention, but it is important to celebrate and discuss the issues present within the LGBTQ+ Community. I have often felt that our Geek Community has the potential to be an incredibly powerful force for good. There are many spaces which feel comforting to everyone, but as much as this is true there is also quite a lot of bigotry that still has deep roots within our community. Geek spaces can often be flooded with individuals that have ulterior motives. They want to push their own bigotries on to those that just want to enjoy what they enjoy without having their identities constantly questioned by dangerous people. Bigotry is such a pervasive thing across everything, but the ways in which Geek spaces are invaded by it are so insidious.  The Geek Community Needs to treat LGBTQ+ people better because they are as much a part of it as anyone else is and deserve respect without persecution. It is why at this time it is crucial to look at the methods of abuse and find ways in which these things can change.

The LGBTQ+ community is one of the most diverse groups in the world because it crosses so many racial and cultural lines. There is a sense of solidarity in multiple people from around the world living with the same concepts, but this often also allows for individuals looking to frame this wide range of people as an “other”. They want to make it seem that being Gay or Trans is inherently an evil thing that only happens because of one’s choice. This couldn’t be further from the truth, but lies and misinformation are unfortunately all too common in this modern world that’s always online. The abuse is wide and it comes from many angles.

The internet is one of the most useful tools we have for communication and it has become crucial in our modern era of existence. So many people have used social media to create communities and meet new people, but unfortunately oftentimes spaces created for Geek content are run by and filled with gatekeepers. These people who want to see Geek things exist in only one way and they often have issues with women, people of color, and of course the LGBTQ+ community. The abuse is most often verbal with “jokes” that are tolerated. If those so called jokes are deemed harmful then the person who called it out is often thrown a series of harassment. Sometimes these marginalized people are attacked just for existing in a space that these gatekeepers want to own.  This is incredibly common amongst the Trans community. They are the targets of slurs and their identity is always brought into question. The bigots feel they are entitled to attack any Trans person they see and make spaces for them so much harder, when Trans people are some of the most targeted people in the World already. I have seen people I know feel unsafe expressing their joy for something they love out of fear of further abuse just because they happen to be Queer. These bigots send death threats in addition to a horrendous litany of slurs and these harassers are more often than not Cisgender Straight White Men who feel entitled to do what they like. They feel superior even in something as innocuous as the media they enjoy, which is one of the most ridiculous things to actively gatekeep.

I’ve also seen horrible abuse that ranges from stalking to spamming someone’s personal inbox with threatening messages and Doxxing. Sometimes the people who are harassed happen to be creators of some of the Geekiest things themselves. I’ve seen Gay and Trans comic writers, filmmakers, and game developers be attacked for making content that is not directly created for straight, white men. The bigoted individuals can’t handle the differences and respond in utter hatred and the ways in which these people attack are vicious, which causes a lot of trauma to the victims. This is unfortunately all too common. It happens daily and the ways in which Geek communities are moderated aren’t always the best. It is incredible that even if they enjoy the same things some of these gatekeepers really feel like they are owed a decision as to who is allowed into enjoying the same content. The abuse and bigotry felt by Queer individuals is indicative of the world and how so many people still harbor feelings of hatred. It may seem confusing to those of us that love, but there are many reasons why this happens so often within Geek Spaces.

Reasons for the Abuse

It is irresponsible at this time to ignore intolerance. There is quite a lot of hatred in the world and there is a lot of pain being handed to LGBTQ+ people who just want to live. They more often than not become targets of malicious individuals. These malicious individuals are often those who are taught to hate by their environment, society, or even through online personalities that want to cause harm and dissension.

The reasons for which bigots act the way they do come from multiple perspectives. Sometimes their hatred is enforced upon them by family members and the communities they were raised in. Sometimes people have been taught to believe in things because of their religious background. Even sometimes these people have been drawn into the recent atmosphere of radicalization of young people thanks to internet personalities. There has been an insidious trend over the last few years where radical bigots have co-opted Geek entertainment to convince young, white men that they are superior to all races. They are also told that the LGBTQ+ community is evil and only exists to take everything from them. I’ve seen this rhetoric evolve to fit whatever high profile movie, show, or comic exists right now and the personalities are quite good at making these young  bigots feel special and feel that “diversity” is somehow a bad word. Once you have them believing this then it is easy to get them to target Queer people. It is why shows like She-Ra and the Princesses of Power have faced harsh backlash from these individuals. It is also the same reason that when any Queer character is introduced into a superhero movie or comic a giant subset of “Geeks” are furious. These so-called “fans” often miss the messages presented in their favorite Geeky things. They are blinded with unnecessary and ridiculous rage stirred up by individuals with bad faith and bad intentions.

With the growing threat of this radicalization it has made the Geek Community far less welcoming to people that don’t fall into Cisgender, Heteronormative behavior. LGBTQ+ individuals have had to stick to their own communities to feel safe at times and just enjoy the stuff they love with other similar people. While not every Geek community is unwelcoming there is quite a large number of individuals who invade these spaces to spread their toxic rhetoric because they feel that they need to control others to make themselves feel better. This needs to stop. Things need to change and it is possible if more solidarity is shown across the board.

How to Improve Things

When discussing or tackling any topic as broad as bigotry you have to look at things from multiple angles. Bigotry often stems from a society that tolerates it and unfortunately the Geek Community has tolerated it for far too long. They have made it a normalcy in so many spaces. This normalization of dangerous perspectives is hurting everyone and especially our Queer community that already faces so much pain.

I think that the biggest ways in which things can change is if people stand up and let their voices be heard. The more that people sit back and allow things to happen without challenge or repercussions the more that homophobia and transphobia is seemingly tolerated. We need to find ways to build the community and by doing so people have to be willing to accept people for their differences that they never chose. They need to let go of old and dangerous ways of thinking. We need more people of all types to stick up for our LGBTQ+ family members at all times. That level of intolerance should never be tolerated. The people and the companies who make the entertainment we all love need to be just as vocal to normalize the existence of Queer people. They need to use their position of power to help sway people who are falling into toxic thought patterns. We also need accountability. People who are bigoted and who do attack others need to see the repercussions of their actions. Harassment is not tantamount to free speech as much as they want it to be.

The responsibility of making Geek communities better for all falls on all of our laps. We have to make sure that we understand the content we love usually supports fighting against hate and intolerance. We need to silence the voices that are causing young people to feel entitled to their hate. We need to make changes and the easiest way to do so is to make sure that your communities are willing to learn and listen to marginalized people. This is the key to doing better and treating LGBTQ+ people better.

When you don’t deal with the same level of existence of others it is easy to be led into believing certain things about groups of people. It’s easy to be told to hate, but that does nothing beneficial to anyone. Pride Month is a month built around understanding the work that LGBTQ+ individuals have done to become more accepted, but as much as things have changed there is still quite a lot of the same. It is important to celebrate Pride to remind everyone that the fight for true equality still rages on. Things are getting better, but we aren’t at an acceptable level. There is a lot of work to be done still and the places in which we come together to share our love for entertainment should be a place where all are welcome. Our Geek Community needs to work harder and needs to love more.

To all of our LGBTQ+ Family we here at Up Your Geek want to wish you all a very Happy Pride Month as we all struggle through this very difficult year. You are all loved.

Please Donate to The Trevor Project if you want to continue supporting LGBTQ+ causes and care.