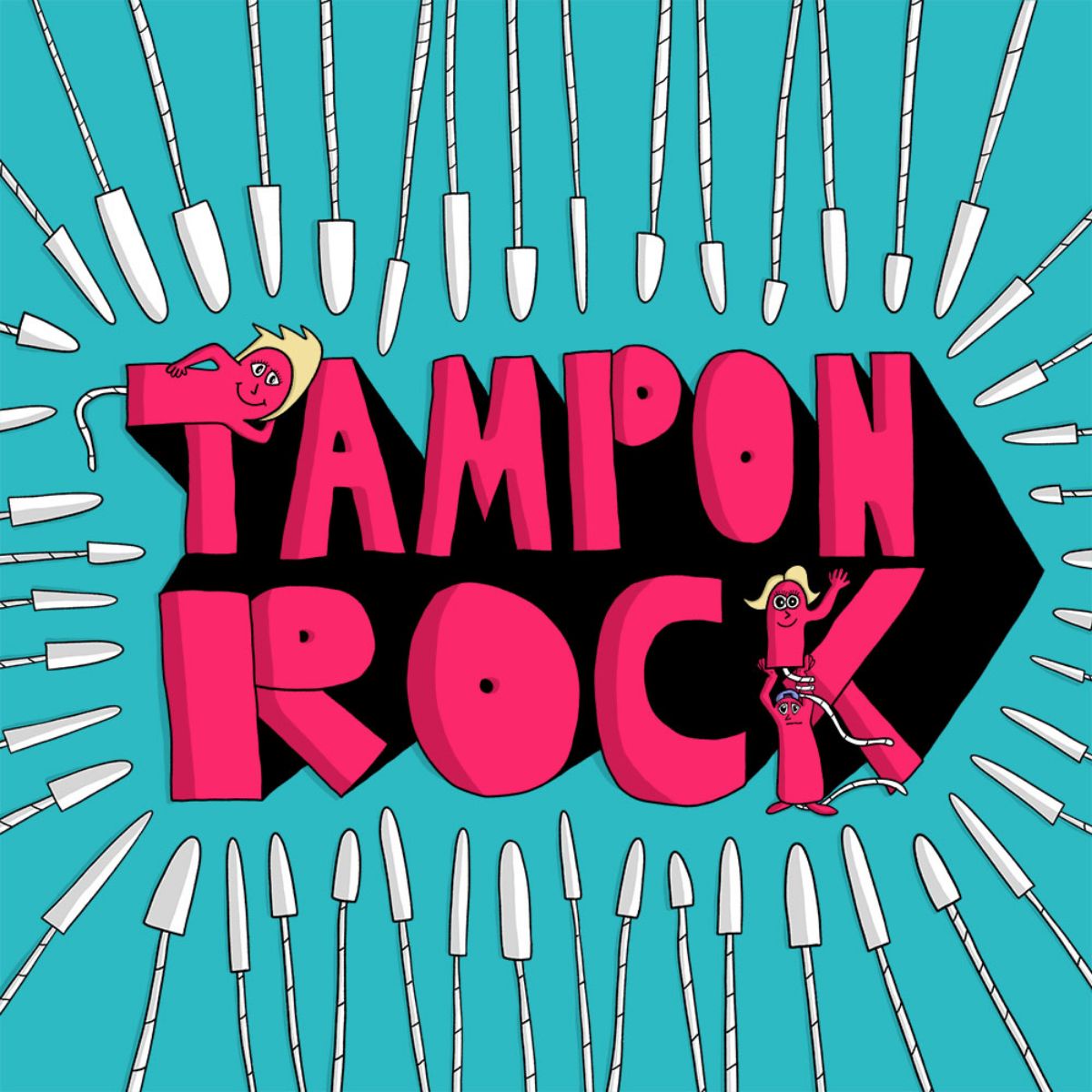 The World of podcasting is one of much diversity of concepts, ideas, and topics. As time has gone on what would have been thought of as a medium that could have gone by the wayside, podcasting keeps on thriving and I’m hearing a lot more unique perspectives flourish especially as we all deal with the current pandemic. When first diving into the first four episodes of the podcast, Tampon Rock I had no idea what to expect. Scripted podcasts are something I had never really engaged with and I was excited to listen to one. What I found with this series is something that is funny, smart, and engaging. The humor was based around a lot of real life and relatable concepts, while also celebrating LGBTQ+ themes in a modern and thoughtful way. With all this it felt appropriate that we give this new show a chance so here is our Spoiler-Free review of the podcast, Tampon Rock.

The story is the most important thing when discussing any sort of narrative based medium. This particular podcast examines the lives of two lesbian roommates, Deja and Chloe who are very close friends and band mates in a group called G.O.A.L (Greatest Of All Lesbians). Each episode follows them as they navigate their sexuality and dating lives, while also trying to be successful with their music and the women that they run into and occasionally have relationships with. It’s structured like a comedy sitcom and plays out through these characters and the narrators that utilize musical interludes to move the story along and give context to each scene.

This podcast is quite engaging with many moments being hilarious and other moments intentionally being awkward or emotional depending on what is necessary from scene to scene. The dialogue feels natural and it never feels forced in any way while giving you all of the clues needed to understand the emotions in each scene without having to see these characters’ faces. The structure in this series is also extremely reminiscent of how the HBO series Flight of the Conchords played out, which is a major positive. The music is used to show the characters’ talents as musicians while also working as narrative devices for moving the story forward. It all comes together to make for an entertaining experience that serves its purpose and keeps you wanting to come back to hear more stories in their lives. This is a show whose strengths are exemplified through the narrative and the writing.

The difficult thing when presenting any narrative medium outside of a novel is utilizing the available talent to adequately get the point of the story across. With a podcast you have to have people who can utilize their voices to accentuate the characters and bring life and emotion to it all without becoming overly exaggerated. With all of these potential pitfalls I must say that I was impressed in how well handled all of the performances are. The main characters shine and become instantly recognizable with their own mannerisms. Without any visual aid you can imagine what these characters look like and what they are feeling through subtle and not so subtle line deliveries. The cast is filled with some talented comedic performances that I could easily picture fitting into a television sitcom even if it all just happens to be in an audio format.

The show is also narrated by two of the show’s creators, Alysia Brown and Sarah Aument giving voice to the music that is present throughout the series. The music is also a major component with original songs that fit into wherever the story is taking them. The performances of the songs add to the comedy and sometimes point the listener to the theme in each sequence. They work as storytelling devices first and foremost, but there are quite a few top quality songs that are very memorable and very funny. The music is just as important for this story and I’m glad that they do not falter at any point. The performances of the musicians as well as the well-rounded cast really bring something new to the podcast table and they make the show work. Without all of these cohesive performances the show would just be left with good ideas. The execution really was spectacular and shows that those that worked on this really do believe in it, which is palpable in every moment. These talented performers are the reason why it is as fun as it is.

When trying to convey a narrative by just the audio that can be a challenge. You have to get the audience and listeners to understand the setting in as little time as possible with as little obstacles. The production of any medium is crucial, but in this medium setting the scene is incredibly important. Tampon Rock knows what it is doing from top to bottom in this category. It knows when to rely on the strengths of the performances, the strength of the music production, and the strengths of the ambient noise and sound effects. None of this feels out of place and everything comes together into a cohesive package. When the characters describe being at a bar the accompanying audio production accentuates the sounds one would expect from being in a small room with a less than impressive band performing on the stage.

The necessary level of detail to get every scene to feel lived in is one that takes some smart audio engineering and technique. The show also knows not to use this as a crutch. They don’t spend the time trying to come up with audio gimmicks and it knows when not to use sound effects to let the performers shine when they need to.  The show works because it feels grounded in a sense of reality to this world they have created through the smart and funny writing in addition to the reliable performances of the voice cast and the audio production. It’s a solid production and a great introduction for myself into the world of scripted podcasting.

Tampon Rock is one of those shows that knows its audience and has a great grasp on what it wants to be without any hesitation. It is exceptionally relatable to those that fall under the LGBTQ+ banner and especially to those in the Lesbian community. It is a show with a voice and an identity, which makes it stand out among the rest of the podcasting world and it deserves to have the spotlight put on it. With hilarious characters, awkward situations, and moments of genuine emotions I can’t recommend this show enough especially if you’re a fan of sitcoms that follow people that feel real. I highly recommend that you take the opportunity to listen to the show. The first two episodes were released today on iHeartRadio and all major podcast platforms. It is certainly worth your time.

Check out the episodes below: