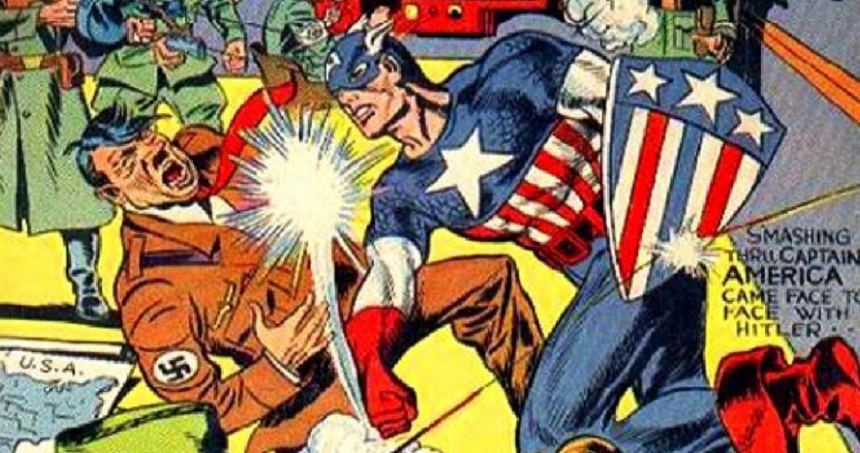 With the current state of America at it’s lowest since the Civil War, in terms of division and animosity amongst our own countrymen, it’s easy to fall into a depressing rut of feeling like there’s no hope and giving up on any chance of things getting better. It’s true, it’s harder now more than ever to remain hopeful and optimistic about the future of not only our country, but the world at large. The Global Pandemic really threw the world into a loop of uncertainty and lies as various groups try to downplay or flat out deceive the public of the the seriousness of it all. We find ourselves looking for leadership in these trying times and yet we see nothing but ignorance, hate and selfishness. But there’s one place where the icons of the American ideals that this country was founded on are still remaining strong. A place that has done it’s best to provide to us the leaders we so very much want in our real lives since the 1930s: Comic Books.

The American Superhero has from the very beginning, always been about showing the greatest traits of Humanity. From Superman to Captain America, from Wonder Woman to the X-Men, we constantly read about these amazing people do amazing stuff but not with their powers, but with their ability to be a representation of what Humans can achieve. They embody the very things we all want. People want to be brave, they want to be kind, to be able to help their fellow neighbor when they need help. These heroes were made by people who wanted to have someone to look up to.

Unfortunately, in today’s world, people are mired with a sense of dread, hate, distrust and caring only for themselves. No one wants to help the immigrant, the poor, the meek, the ones seeking peace and a chance to build a home. That’s not to say EVERY person on this planet is this way, but for the most part there’s a general sense of animosity between people. They only want to trust someone that looks, sounds and speaks like them. Some of those people may even be fans of the heroes I’ve mentioned but not embody the ideals those heroes stand for.

Batman has always been seen as one of the darker heroes of the medium. He is the vengeful Dark Knight, seeking to stop anyone from experiencing what he did as a child to the best of his ability. He may be a little too much on the brutal side compared to others, but to think only that of Batman would be incorrect. Batman has time after time proven to be much softer, gentler, and more caring than some would think. The perfect example would be Alex Ross’ “Batman: War on Crime” in which Batman shows the most compassionate response to a child aiming a gun at him. He embraces the child, he holds him, as he sees the every anger in the child’s eyes that had the night his parents died. We all love to think Batman would pummel anyone who tries to harm him or others, but even with his own Rogues Gallery, he’s attempted to save them from their lives of crime.

Captain America, the symbol of Justice in the Marvel universe, is another great example of a character made to inspire people in a time when it was most needed. The image of Cap punching out Hitler was burned into the consciousness of the American public during WW2. It was simplistic, yet powerful. A man representing America, punching what was the most vile villain of the time, was sure to be received universally well and it was. Captain America has always been a warrior of truth, never mincing his words or delivering half-truths. He has been written to represent the very best that our country wants from those who seek to improve it. In many instances, Cap has tackled the issues of discrimination and Ultranationalism, things our country is currently dealing with. A true hero leads by example, never doing anything that they wouldn’t want others to do against them.

Possibly the greatest hero of all time, the one that helped create the genre of Superheroes, is the one that has had the biggest impact on not only the people who read about him, but for the general American public at large. Superman, the Man of Steel, has been the beacon of Hope in the DCU and for comics in general. He was created by two Jewish men who wanted someone to look up to, to instill their needs of a Hero in. Superman has always been an American hero, but he’s grown to be a global icon. Superman was used to help dismantle the KKK back in the 1940s due to the Superman radio serial being used to out Klan secrets and their recruitment number fell to almost 0%.

It’s in times like these that we are more prone to negative thinking, to assume that it will never get better. But to give in to those thoughts would be a failure on our parts. We owe it to the next generation, hell, the current ones too, to always strive for a better, more loving world. It is us to us as a country, as a world, as a species to deliver a better and safer world for those who cannot give it to themselves. To those who need the assistance that so many people rather keep to themselves, we owe it to them to give them a chance at building a live for themselves and their families. We may be low on real heroes in our world, but Superheroes are forever encapsulated in the comic medium, and there they shall stand strong and provide us with a moral compass whenever we need them. One day, we’ll achieve what these heroes want for people. I for one, look forward to this day with immense hope.

HBO Max Greenlights Animated Series ‘Young Love’ based on the Oscar®-winning short film ‘Hair Love’ from creator Matthew A. Cherry and Sony Pictures Animation
Do Good: The Pursuit of Education and the Legacy of Boy Meets World