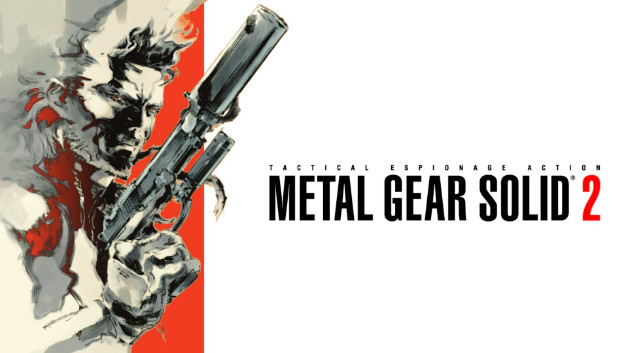 The Metal Gear Solid Franchise is a video game franchise certainly worthy of analysis and review. Last month I dived into the franchise with my review of Metal Gear Solid: The Twin Snakes. I praised the game for it’s effective controls, good graphics, and excellent storytelling. With the first game finished I decided to take my time and dive into Metal Gear Solid 2: Sons of Liberty. I didn’t know what to expect from this game other than what fans have been saying about this game for years. I didn’t know much before jumping in and I expected another Metal Gear game with over the top characters and deep dialogue, but what I didn’t expect was that how the expectations for a sequel were subverted. It did a lot of surprising things that certainly are worthy of mention here and in its own way it has become much more relevant today than when it was released all the way back in 2001. Hideo Kojima brilliantly crafted another game with his unique vision and touch. I was surprised by the choices made and this is something that certainly needs to be looked at and dissected. While I will do my best to avoid major spoilers I do feel like to give this game the fairness it deserves there has to be some SPOILERS for both Metal Gear Solid and Metal Gear Solid 2 Sons of Liberty.

The story is split into sections so it’s only fair to cover each section separately:

The first section is set 2 years after the events of the Shadow Moses event from the first game and you play as Snake working with Otacon to expose the military’s new Metal Gear RAY, which was learned in the first Metal Gear Solid to be a giant bipedal robot with nuclear capabilities. You play as Snake sneaking around on a giant ship to expose this super weapon with the potential to cause world wide destruction.  Just when Snake reaches the metal gear and takes pictures to upload to the internet, Revolver Ocelot shows up. Snake goes to confront him, but Ocelot’s new arm possesses him giving him the voice and mind of Liquid Snake. It’s not long after that the ship begins to sink and Ocelot flees with Metal Gear RAY.  The ship sinks allowing the assumption that Snake is the one that caused it and that he has died.

2 Years after this incident we are introduced to Colonel Campbell yet again leading a mission under a newly formed FOXHOUND having you take on the role of Jack or better known by the codename Raiden. Your mission as Raiden is to sneak into the new plant, Big shell designed to clean up after the Tanker incident. This Big Shell is taken over by the terrorist group known as Dead Cell and they have taken hostages including the US President. Dead Cell is apparently led by Solid Snake and Raiden must decipher the events that are taking place, rescue the hostages,and figure out what is really going on.

This is as much as I can describe without jumping into major spoilers. The Metal Gear Solid series is infamous for its convoluted and deep narratives and this game is no exception to that. In many ways this game’s narrative is way more involved and complicated than in the first Solid. The game dives into deeper themes that I will dive into in it’s own spoiler section, but trust me when I say that it’s themes and the story itself is even more relevant than when it was initially released in 2001. The narrative is the main draw of this game and with that being said it’s an incredibly complicated narrative that builds upon itself and takes so many turns which is completely unexpected. It’s hard to explain the impact of the narrative without having experienced it for yourself, but rest assured the Metal Gear series’ trademarks are all here including the extremely long cutscenes some of which last over 30 minutes. This doesn’t detract from it at all and in fact it is the highlight of this game. It’s brilliance is hidden within it’s narrative. When initially released fans were disappointed that they were not playing as Snake for most of the game, but in the context of the narrative that choice works in its benefit. While this story may not be as cohesive as the first Solid it still allows room to be original and to explore even deeper cinematic storytelling. It is the absolute highlight of this game.

While the Metal Gear Solid games are often compared to films that does not mean that the gameplay is not there to support it. In my previous review of Metal Gear Solid The Twin Snakes I discussed how that game took all the gameplay mechanics from this game and used it to heighten the original Metal Gear Solid. There are many improvements from the Playstation 1 original including the ability to peak around corners, the ability to fire weapons in first person, a stamina meter for hanging off edges to sneak around guards, and a whole slew of new gadgets for Raiden to utilize. It’s an overall much more intuitive control system and it makes for a better time playing it.

The gameplay itself is much improved, but the one negative is that the majority of the game has very static environments. Even though rooms do change and there are interesting areas it doesn’t seem nearly as diverse as the environment in Solid. Regardless of that it fits into the narrative so that’s a very minor complaint.

The version of the game that I played was released in 2011 and it is the HD version on the Playstation 3. While the graphics are not overhauled everything is smoothed out including framerate and it makes the game look much better than it ever has. It is currently the best way to play this game and I highly recommend you track down a copy because this is the definitive version. It even includes almost all of the content from the Metal Gear Solid 2: Substance release with around 300 VR missions for you to enjoy. So there is plenty of content to dive into here.

It’s hard to give the game it’s due praise without discussing some of the impact of the deeper themes that are laid out later in the game. Including the reveal of several twists and revelations that directly counter those revelations. So a Spoiler warning is absolutely necessary.

The narrative with Raiden throughout the game reveals very interesting twists and turns. This includes the reveal that the President has been a puppet for those that are really in control. A group known as the Patriots. They control the outcome of everything and the flow of information to the American people even staging the election to make it seem fair. The president is killed by Ocelot who has been working alongside Solidus Snake, the former president and now leader of Dead Cell.  In addition to this we learn that Jack has had his memory wiped from when he was a child because he was a child soldier given the nickname, “Jack the Ripper” which was a testament to how deadly he was as a soldier. Even later on in the game the entire incident at Big Shell is revealed by Ocelot to be a carefully constructed simulation of the events of the Shadow Moses incident designed to create a soldier as hardened as Solid Snake.

In an even further and more elaborate twist Colonel Campbell and Rose over codec reveal to Raiden that they are actually AI’s working as representations of the Patriots. The simulation of the Big Shell was a part of the S3 Plan. It’s first revealed in the game by Solidus Snake to be that of the Solid Snake Simulation, but the AI’s representing the Patriots reveal it’s real name as the Selection for Societal Sanity.  A program designed to manipulate the minds of people and get people to accept whatever lies were told to them through the control of digital information and Raiden was manipulated to be the guinea pig for this plan.

The narrative seems like a complicated web of lies and deception and that is exactly what it is. What makes this game brilliant in it’s delivery of the S3 plan was that the themes are about what people want to believe and the length the individual will go to accept whatever is easiest for them. The S3 plan is a plan for controlling digital information and in today’s modern always connected world this message hits even harder. The AI’s mention that individuals stay in their little bubbles and they don’t always want the truth. They want whatever fits their already decided viewpoint of reality.

It predicts a world controlled by personal data through digital means being used to manipulate the thoughts of normal people. It questions how easy we can let ourselves fall into these communities and in a way the game is not speaking to Raiden, but to the person controlling Raiden. Raiden is meant to be the  representation of us in the game. It’s why we even write our names on a set of dog tags that Raiden carries throughout the game. We see Solid Snake as a hero and we are reenacting the events of the first game, but in a different way. Raiden trained as Snake for the Shadow Moses incident in VR. The AI’s are in a sense breaking the fourth wall, which was already majorly hinted at earlier when they began to break down and they tell you to turn off the console and that this is all just a game.

The game’s brilliance is that it takes a major step forward in predicting a world governed by digital information where truth can be hidden behind memes and trivial information. It’s real world connotations are revealed towards the end of the game and it leaves it for you to decide what to do with that information. While initially a cynical look there is hope in how you choose to move forward with said perspective. There has been very few video games that have made the step to go this deep in its message and its meaning, which is absolutely notable.

Metal Gear Solid 2 was released in 2001 to some fans of the series confused as to its decisions, but in hindsight it’s choices are what make it a unique entry in the franchise and what make it so incredibly moving and brilliant. It improves upon the formula for the first game while also taking major steps toward having a more thought provoking narrative. While the original Metal Gear Solid ‘s narrative is certainly a more entertaining one this game definitely deserves to be recognized as well. I don’t prefer it, but I admire it’s boldness even at times when the pacing was slower. It still earns high regards and it should be analyzed because it was way ahead of its time in more ways than one. I highly recommend you pick up the HD version of this game and enjoy every moment of this layered experience.

Batman v. Superman: How It Has Been Able To Stay Relevant For Over Two Years
WWE Hall of Famer Bruno Sammartino passed away at age 82.