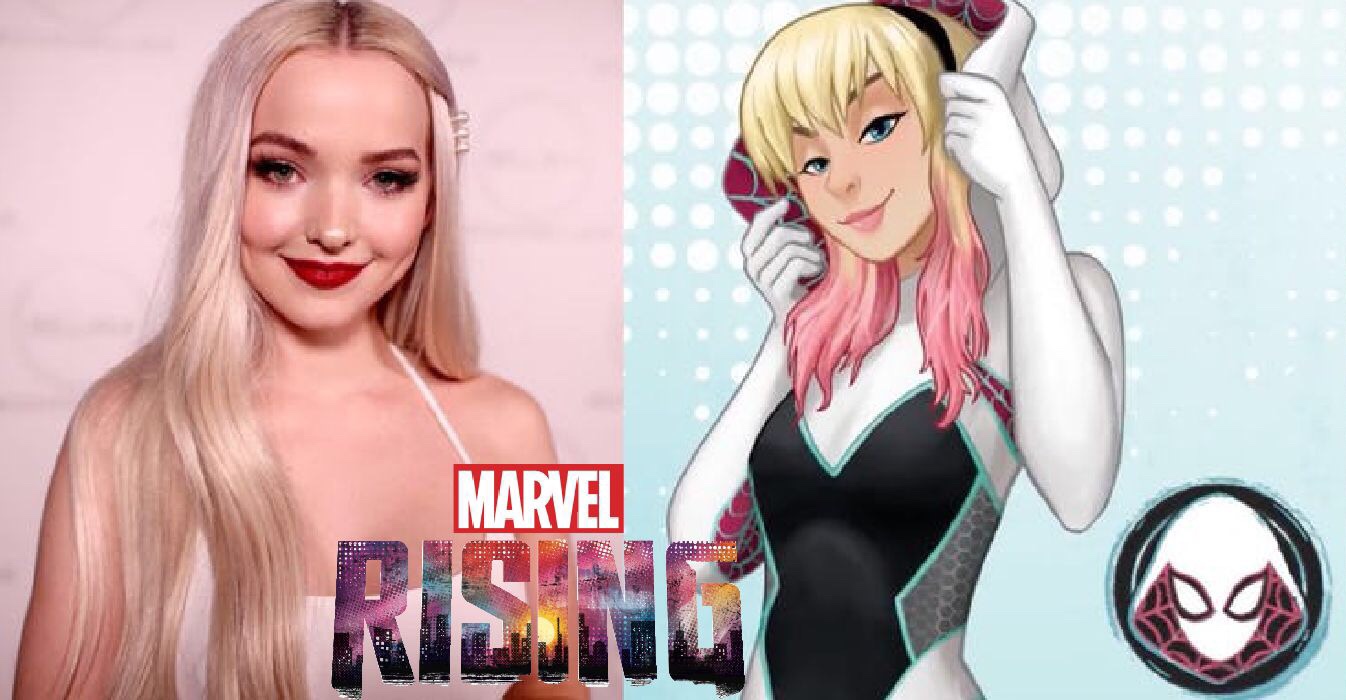 “Marvel Rising” is the next generation of Marvel heroes for the next generation of Marvel fans. In the animated film, “Marvel Rising: Secret Warriors,” powered teens Ms. Marvel, Squirrel Girl, Quake, Patriot, America Chavez, and Inferno join forces as an unlikely, but formidable crew of aspiring heroes. When a threat no one could have expected bears down on the Marvel Universe, this ragtag, untrained band of teens have no choice but to rise together and prove to the world that sometimes the difference between a “hero” and “misfit” is just in the name. “Marvel Rising: Secret Warriors” will premiere simultaneously on Disney Channel and Disney XD on Sunday, September 30.

Dove Cameron is the voice of Ghost-Spider, a free-spirited teen who finds her calling to be a Super Hero after being bitten by a radioactive spider and gaining spider-like powers.  Her character appears in “Marvel Rising: Initiation,” a series of 6 animated shorts that premiered on Disney XD earlier this month and are available to watch on Marvel HQ now (click here to watch).

“When we heard ‘Born Ready’ for the first time, it gave our animation team chills,” said Cort Lane,Marvel’s Senior Vice President of Animation & Family Entertainment. “It had all the swagger, friendship and heroic aspirations of the Marvel Rising characters. Dove’s fierceness and talent embodies everything the song is about, and her amazing performance made ‘Born Ready’ something very special.”

For more information, check out “Marvel Rising” at:

For more information about Marvel Music, stay tuned to @MarvelMusicInc on Twitter.

What are your thoughts Freaks and Geeks? Leave a comment and let’s us know! Stay tuned at Up Your Geek for all your Geektastic Pop culture and entertainment updates!

Marvel, a wholly-owned subsidiary of The Walt Disney Company, is one of the world’s most prominent character-based entertainment companies, built on a proven library of more than 8,000 characters featured in a variety of media over seventy-five years.  Marvel utilizes its character franchises in entertainment, licensing and publishing.