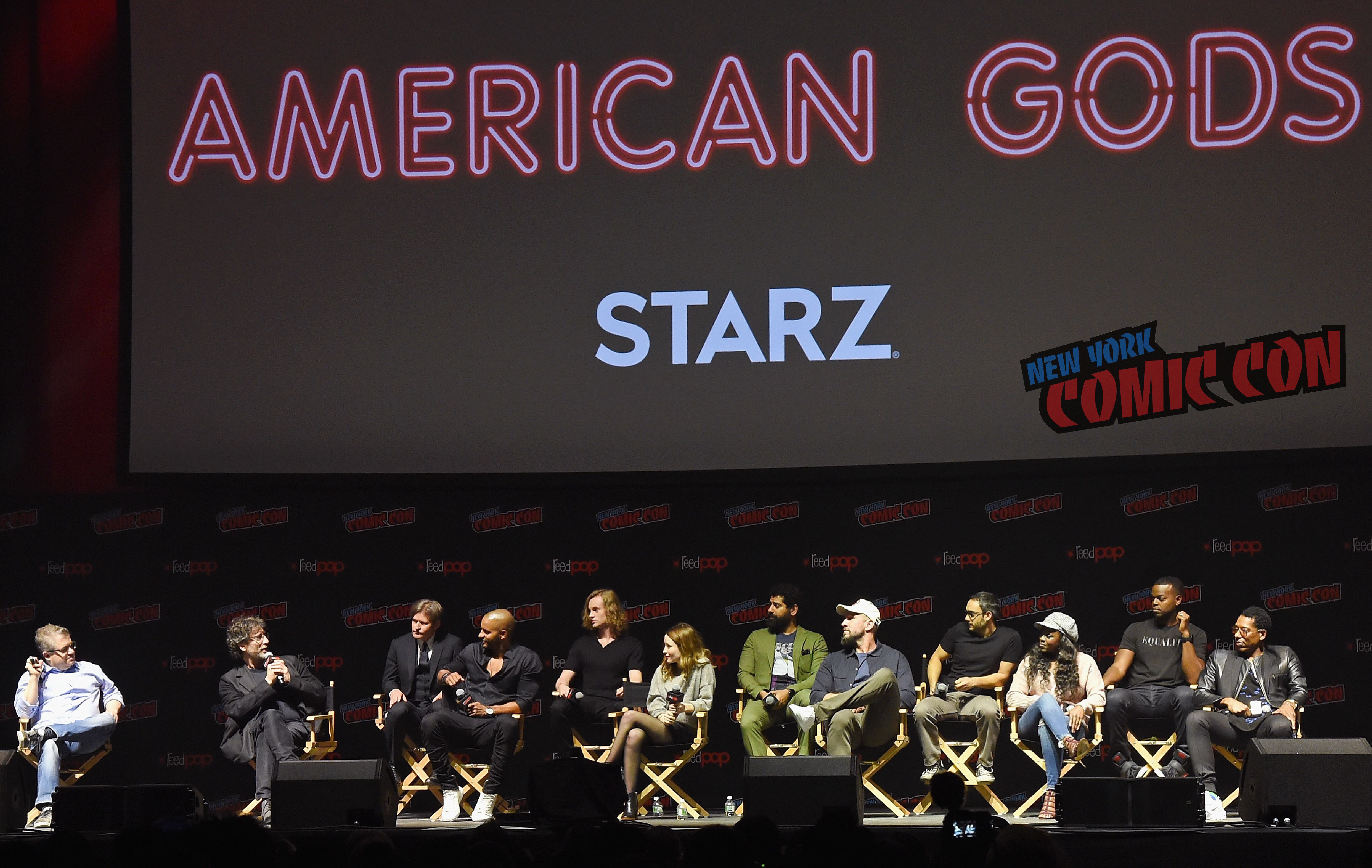 Starz released a teaser trailer for the much-anticipated second season of “American Gods” in the Hammerstein Ballroom during its first ever official New York Comic Con panel. The God Squad mobilized its followers during the one-hour panel when moderator Patton Oswalt introduced the audience to an exclusive look at footage from Season Two featuring iconic roadside attractions, epic scenery and Odin, himself.

AMERICAN GODS is a one-hour drama adapted from Neil Gaiman’s novel of the same name.

Following the epic showdown at Easter’s party, Season Two ups the ante with Mr. Wednesday continuing his quest to pitch the case for war to the Old Gods with Shadow, Laura and Mad Sweeney in tow. But when things don’t go as planned at the House on the Rock, they all find themselves on a haunting journey through middle America.

Fans can tweet @AmericanGodsSTZ and @STARZ to join the conversation with #AmericanGods.