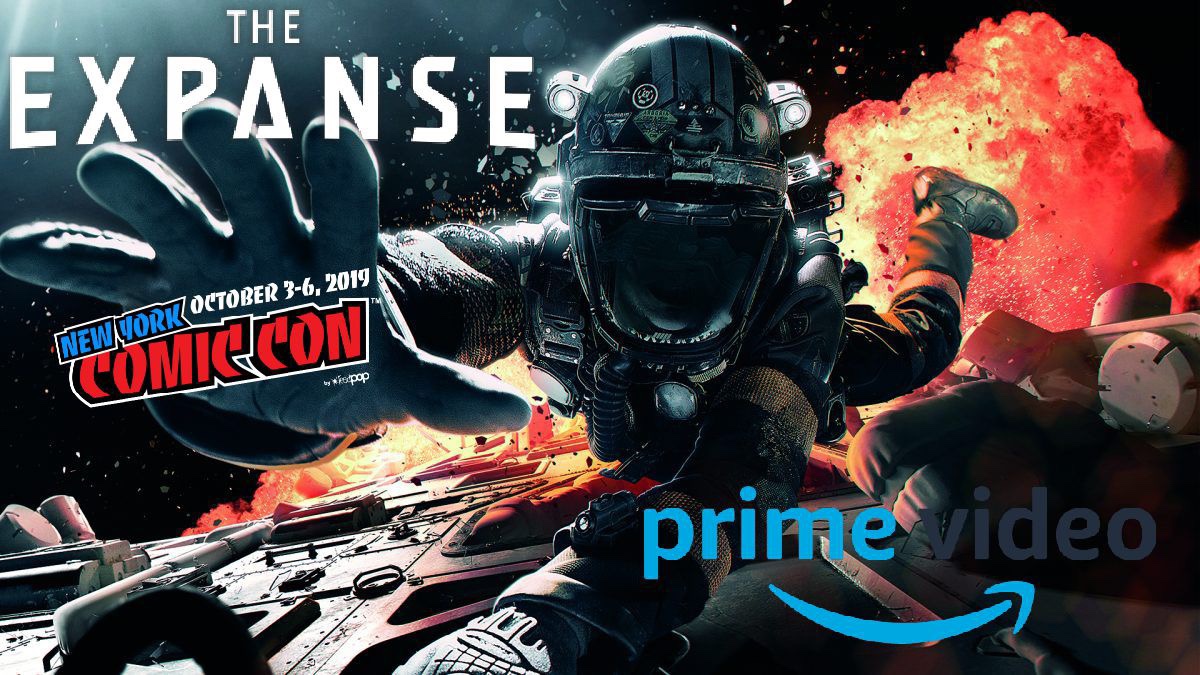 Hey Freaks & Geeks! If you’re headed to New York Comic-Con 2019, you already know you’re in for 4-days of incredible cosplay, amazing panels, an array of stars and of course, comics, comics, comics! However, that’s not all! Fans looking for those NYCC special activations need not look any further.

Amazon Prime Video will be at NYCC with their Prime Original ‘The Expanse’ activation. This experience will bring NYCC-goers and fans on an interstellar experience during NYCC to celebrate the show’s new home at Amazon Prime Video and the premiere of its fourth season.

Upon arrival, fans will transform into fearless explorers as they join the crew of the show’s Rocinante spaceship. Attendees will step aboard the Hollywood-level spacecraft to journey to the upcoming season’s distant new setting. Guests will star in their own recreations of the Season 4 artwork, as they dramatically alight to take their first steps on New Terra – or Ilus, depending on your allegiance – in a highly sharable photo booth experience.

The show’s far-away journey becomes reality at NYCC 2019 courtesy of Prime Video. As our rookie adventurers line up and embark, The Expanse ambassadors instruct them on what to expect inside the ship, briefing these brave explorers on their one-way mission to boldly step out into the unknown. Amidst the authentic props and flickering screens, an array of Easter eggs, show references and Snapchat-enabled Belter tattoos draw everyone deeper into The Expanse’s distinctive universe.

The must-share photo op will thrill core fans and new audiences with the wonder of space exploration, turning series anticipation into fervor, and inspiring all of us to tune in to the action. If you’re a fan of the Expanse, you aren’t going to want to miss it!

If you’re looking forward to The Expanse season 4, you should thank the show’s fans. After Syfy cancelled The Expanse midway through season 3, its fanbase launched a very loud campaign for renewal elsewhere. Back in May, Deadline reported Amazon answered the call, as they picked up the show for a fourth season on Amazon Prime Video. Also, fans of the series will be able to re-watch the previous three seasons, which are all available on prime video.