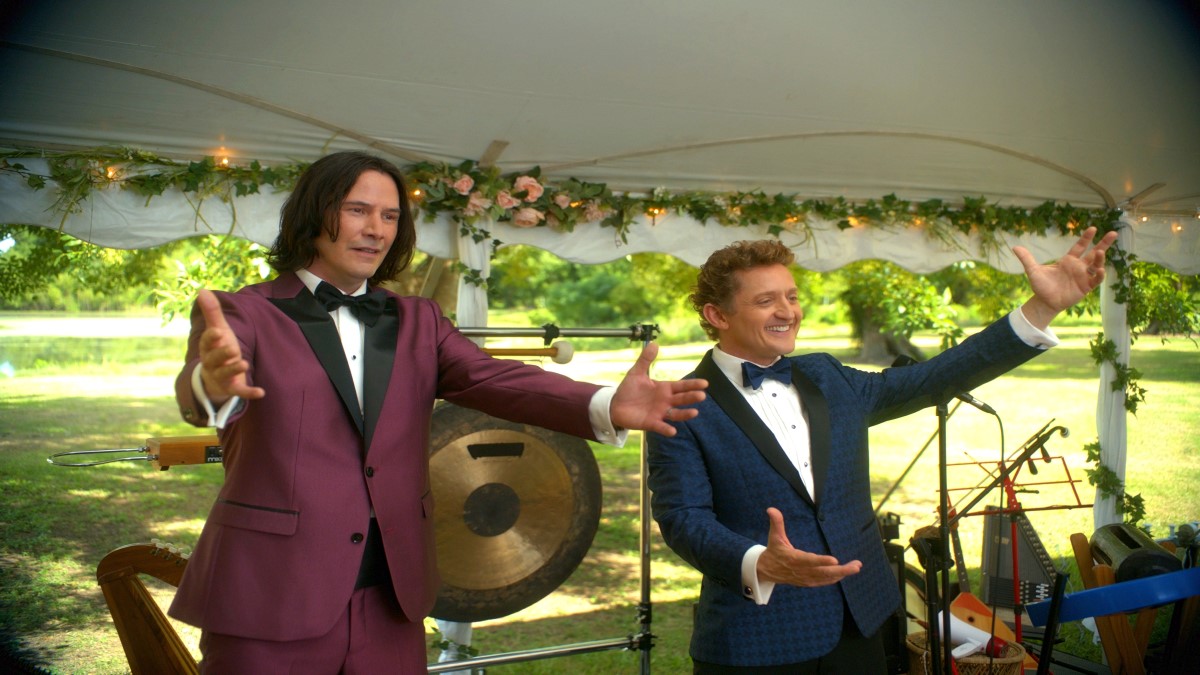 Fans of Bill and Ted can rejoice! As the titular duo makes their way back to to big screen, well sort of. The stakes are higher than ever for the time-traveling exploits of William “Bill” S. Preston Esq. (Alex Winter) and Theodore “Ted” Logan (Keanu Reeves). The now middle aged best friends set out on a new adventure to seek the song that will set their world right and bring harmony in the universe, with the helped by their daughters (played by Samara Weaving and Brigette Lundy-Paine), a new batch of historical figures and a few music legends. The film also stars  Kristen Schaal, Erinn Hayes, Jayma Mays, Holland Taylor, Kid Cudi, Anthony Carrigan, Jillian Bell, Beck Bennett, William Sadler, Hal Landon Jr. and Amy Stoch.

Bill and Ted Face the Music will also head to Comic-Con@Home for a most excellent panel discussion, moderated by Kevin Smith on Saturday, July 25 at 3 PM PST. The panel will include Keanu Reeves, Alex Winter, Samara Weaving, Bridgette Lundy-Paine and William Sadler, as well as director Dean Parisot and screenwriters Chris Matheson and Ed Solomon.

Tune in to the Comic-Con@Home YouTube Channel to watch: https://www.youtube.com/user/ComicCon

BILL & TED FACE THE MUSIC will be released on demand and in theaters on September 1, 2020.Watch the Official Trailer HERE: