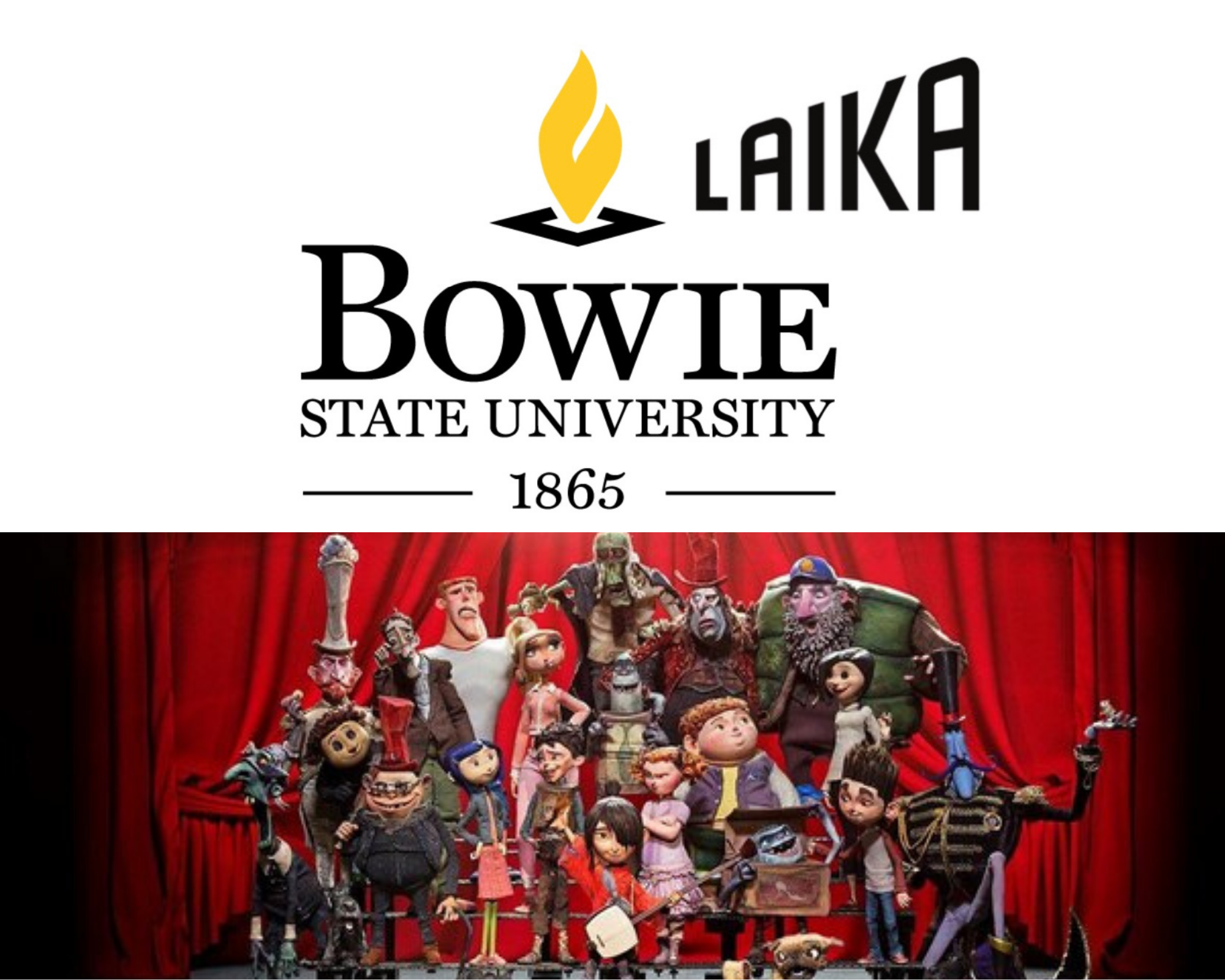 LAIKA, the Oscar®-nominated and BAFTA and Golden Globe Award-winning feature film animation studio best known for Missing Link, Kubo and the Two Strings and Coraline, is partnering with Bowie State University to build the nation’s first stop-motion animation studio at a historically Black college and university (HBCU). The partnership will enhance BSU’s animation curriculum, with the goal of providing a career pathway for BSU students into the animation industry.

LAIKA’s donation will fund upgrades to Bowie State’s green screen studio to allow stop-motion animation production. The art form, one of cinema’s oldest techniques, entails the incremental movement of objects, such as puppets, filmed 24X per second to create the illusion of movement.

“This is a great opportunity for students to learn valuable skills that will carry them into the professional world of animation,” said Tewodross Melchishua Williams, chair of the BSU Department of Fine & Performing Arts. “There are a lot of storytelling and narrative elements that have yet to be brought to life via stop-motion animation, especially in the arena of children’s programming. We are looking at this partnership to be an internship and career pipeline that can help diversify the animation industry, which has been a traditionally underrepresented sector when it comes to the voices of people of color, women, LGBTQ and other communities.”

“LAIKA is thrilled to be partnering with as prestigious an institution as Bowie State University,” said LAIKA’s head of production Arianne Sutner, the Golden Globe-winning and Oscar®-nominated producer of Missing Link, Kubo and the Two Strings and ParaNorman. “At its heart, LAIKA is a community of artists, craftspeople and scientists committed to expanding the technological capabilities of our animation medium in order to tell everyone’s stories with boldness, compassion and excellence. Helping BSU students to express their experience, their artistry and their potential through the stop-motion art form speaks to our creative and corporate mandate. We’re so excited to explore their talents and to provide mentorship and tools that will enlarge the scope of their filmmaking vision.”

The partnership between LAIKA and Bowie State developed as a way to create internship opportunities for BSU students. As the relationship grew, LAIKA committed to making a long-term investment at Bowie State to prepare students for success in the animation industry.

Bowie State’s animation & motion graphics concentrationis part of the visual communication & digital media arts (VCDMA) bachelor’s degree program, which is one of the university’s fastest-growing majors. Bowie State was recently recognized as one of the nation’s top HBCU art programs by The Hundred-Seven, which specifically highlighted the five concentrations in the VCDMA program.

Celebrating its 15th anniversary this year, LAIKA’s five films have been nominated for Academy Awards for “Outstanding Animated Feature Film.” In addition, Kubo and the Two Strings received an Oscar nomination for its visual effects, only the second time in Academy history that an animated film received such distinction. Kubo and the Two Strings won the BAFTA Award and the National Board of Review, and Missing Link was this year’s Golden Globe winner. LAIKA’s films have won multiple Annie Awards, animation’s highest honor, as well as a Scientific and Technology Oscar® in 2016 for its innovation in 3D printing in facial animation.