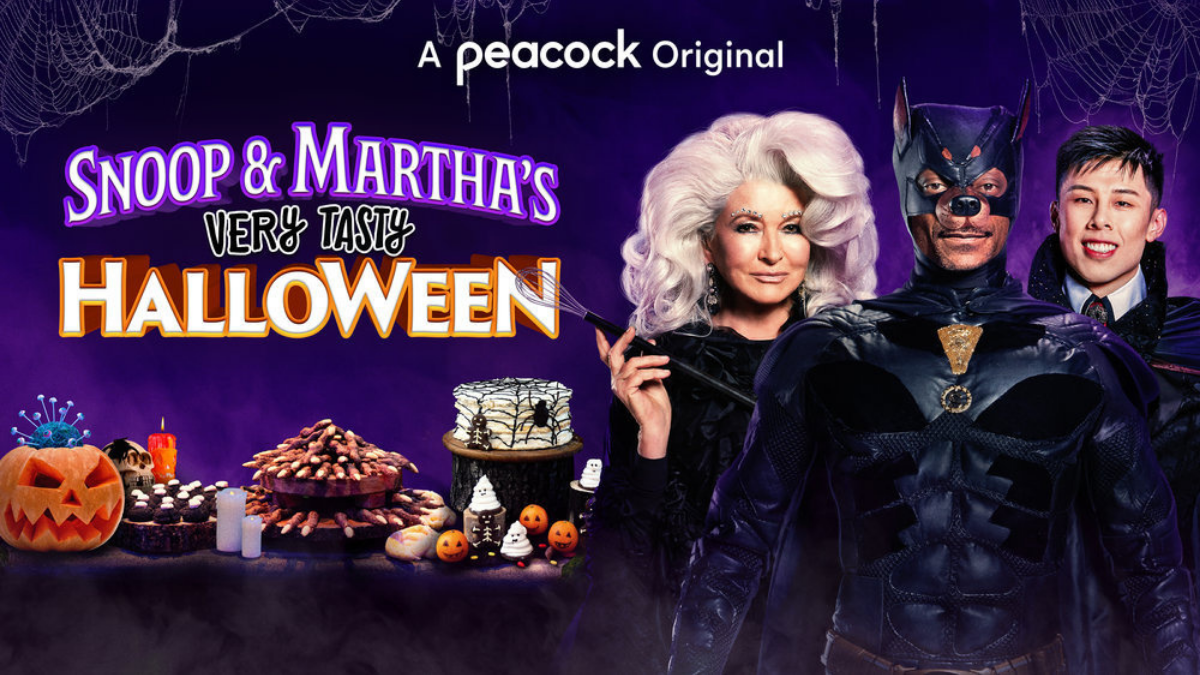 The Dog Father, Snoop Dogg and the self proclaimed Queen of Halloween, Martha Stewart are ready to get Baking! Though, a different kind of baking that Snoop is used to.

The dynamic duo of Snoop and Martha join forces once again to host and judge contestants in Peacock original Snoop and Martha’s Very Tasty Halloween. In Snoop and Martha’s Very Tasty Halloween, teams of three bakers, dubbed “Scare Squads” are tasked with baking and building a full-sensory 12’x12’ Halloween world that people can literally explore, taste and devour. As for the themes, their creations must be inspired by the concept of fear. Imagine larger-than-life-sized chocolate spiders, cake monsters and sugar-coated trees flowering with treats. Snoop and Martha are joined by content creator Alvin Zhou, as the trio explore, taste and judge the immersive, edible fear themed spectacles. Once the clock hits zero, the judges crown the scare squad that builds the tastiest confectionary world inside the fantastical Halloween party at Snoop and Martha’s Tasty Manor.

Snoop and Marth have quite the budding friendship and partnership as the duo has worked together for the past 13 years on various projects. First meeting back in November 2008 on an episode of ‘The Martha Stewart Show,’ as the two made mashed potatoes together. Then Snoop returned in 2009 to bake brownies with Stewart. Who knew those interactions would create a lasting impression on not only Snoop and Martha, but many fans around the world who could have never imagined the duo would have such amazing chemistry. Fans should expect nothing but a great time as they watch Snoop and Martha make magic and history once again.

This partnership between Peacock and BuzzFeed is the first in a slate of original unscripted programming that includes multiple projects in active development across celebrity, pop culture, games and pets.