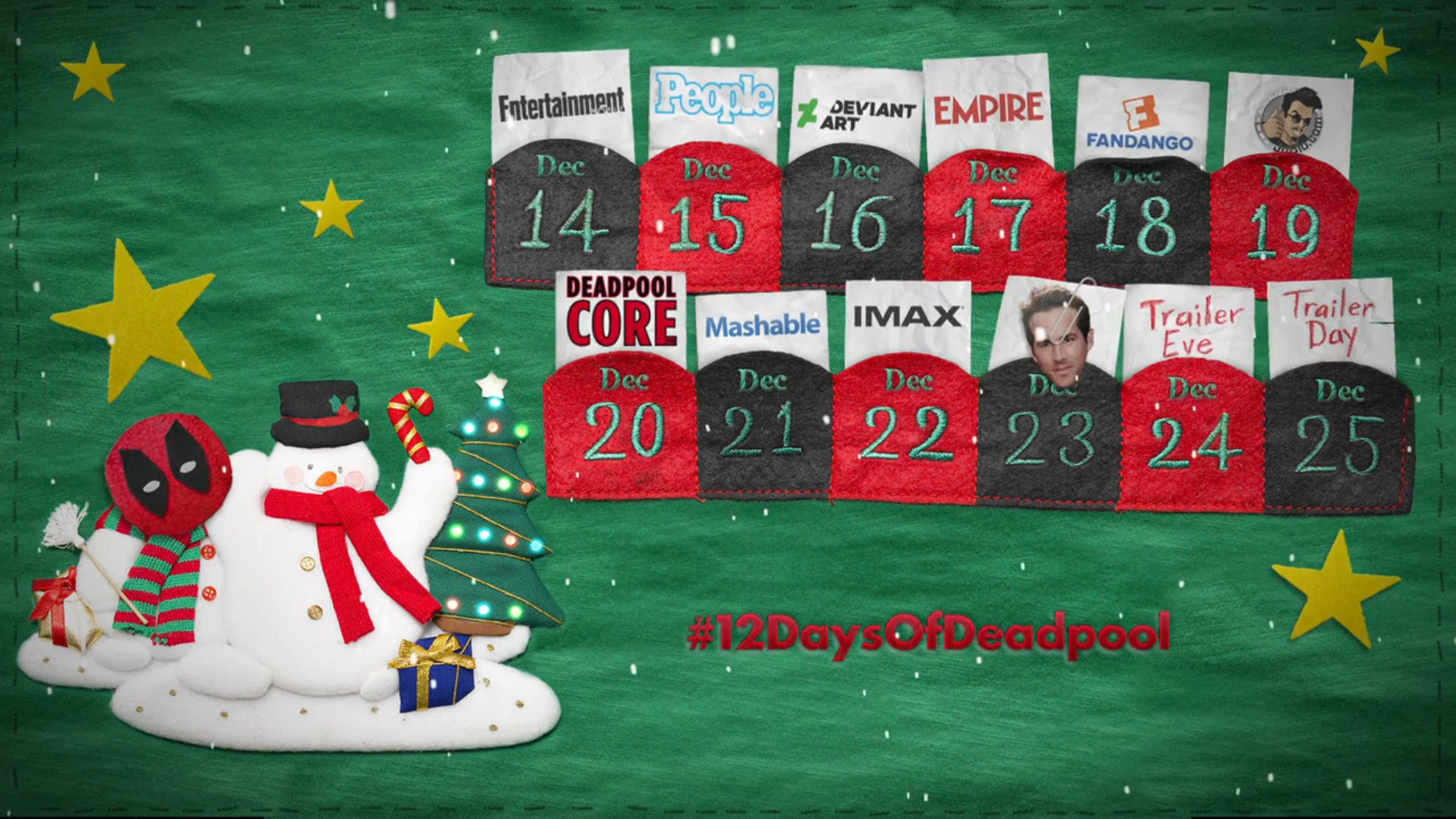 Ryan Reynolds announces the 12 days of Deadpool. The actor in full costume as the Merc with mouth gives us a sneak peak each day, starting today, into the Deadpool movie leading up to an new official trailer release on Christmas Day.

Watch the video below for the announcements.

Based upon Marvel Comics’ most unconventional anti-hero, DEADPOOL tells the origin story of former Special Forces operative turned mercenary Wade Wilson, who after being subjected to a rogue experiment that leaves him with accelerated healing powers, adopts the alter ego Deadpool. Armed with his new abilities and a dark, twisted sense of humor, Deadpool hunts down the man who nearly destroyed his life.