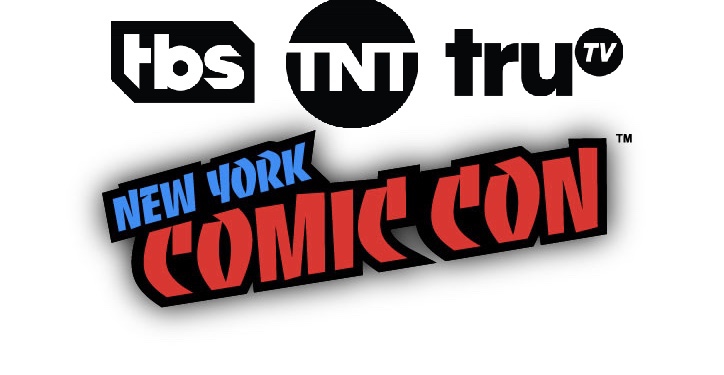 The best of comedy, wrestling, sci-fi and satire will grace the stages of New York Comic Con this fall with programming from TBS, TNT and truTV. Talent from the likes of Jennifer Connelly and Jameela Jamil to The Tenderloins, Samantha Bee, Steve Lemme, Kevin Heffernan and Chris Jericho is a mere taste of the faces and entertainment that will celebrate and fuel the fan experience.

All Elite Wrestling (AEW) is giving fans a new wrestling experience for the first time in 20 years. AEW is about more than wrestling. It’s a movement fueled by fans, offering fun, gripping and authentic athletic matches every week. AEW’s diverse roster of world-class wrestlers is poised to bring a new spirit, freshness and energy to wrestling. Join Chris Jericho, Jon Moxley, Brandi Rhodes, Awesome Kong (Kia Stevens), Nyla Rose and Jungle Boy (Jack Perry) for a ringside view of the revolution on TNT, which premieres live on Wednesday, October 2 from 8:00pm to 10:00pm ET.

Impractical Jokers: From Staten Island to The Misery Index and Beyond

The stars of truTV’s Impractical Jokers – Brian “Q” Quinn, James “Murr” Murray, Joe Gatto and Sal Vulcano – are back at NYCC to talk about their journey from high school friends to the stars of their own TV show. Watch a never-before-seen IJ clip and hear the guys answer questions about their new season and their triumphant 200th episode shot in a mystery location. Nothing is off limits as they dish about the good, the bad and the misery… index, that is! They’ll also be joined by Jameela Jamil (The Good Place) to introduce you to their new game show The Misery Index coming to TBS on Tuesday, October 22 at 10:00pm ET/PT!

Saturday, October 5 from 12:00pm to 1:00pm at the Hammerstein Ballroom

Set more than seven years after the world has become a frozen wasteland, Snowpiercer centers on the remnants of humanity who inhabit a 1001 car, perpetually-moving train that circles the globe. Class warfare, social injustice and the politics of survival play out in this riveting television adaptation, based on the acclaimed movie and graphic novel series of the same name. TBS offers a brand-new sneak peek of the highly anticipated post-apocalyptic sci-fi thriller coming this spring, along with a panel featuring stars Jennifer Connelly, Daveed Diggs, Alison Wright, Mickey Sumner, Lena Hall, Steven Ogg and EP / showrunner Graeme Manson.

After lighting up movie screens with films like Super Troopers, Club Dread and Beerfest, Broken Lizard’s Kevin Heffernan and Steve Lemme have translated their brand of comedy to the small screen with Tacoma FD, a new breakout comedy on truTV about the fun and hijinks that take place inside a firehouse in one of the wettest cities in America. Join Heffernan and Lemme – along with series co-stars Eugene Cordero (Black Monday,The Good Place), Marcus Henderson (Get Out, Snowfall), Gabriel Hogan (Condor) and Hassie Harrison (Southbound, The Iron Orchard) – as they reveal all of the “behind-the-mustache” secrets about making films, the genesis of their first TV series, what happened when they met the REAL Tacoma FD and what’s on tap for season two!

Since 2016, Full Frontal with Samantha Bee has been leading the late-night zeitgeist of political satire and social commentary with new inventive delivery, formats and technology! Just before this landmark Emmy-winning show premiered, Samantha took to the NYCC stage to give a special sneak peek of her show for the NYCC audience in fall 2015. Now four years later, she is excited to return to NYCC with a panel that will tease next year’s biggest blockbuster yet: “Election 2020.” Full Frontal airs Wednesdays at 10:30pm ET/PT on TBS.