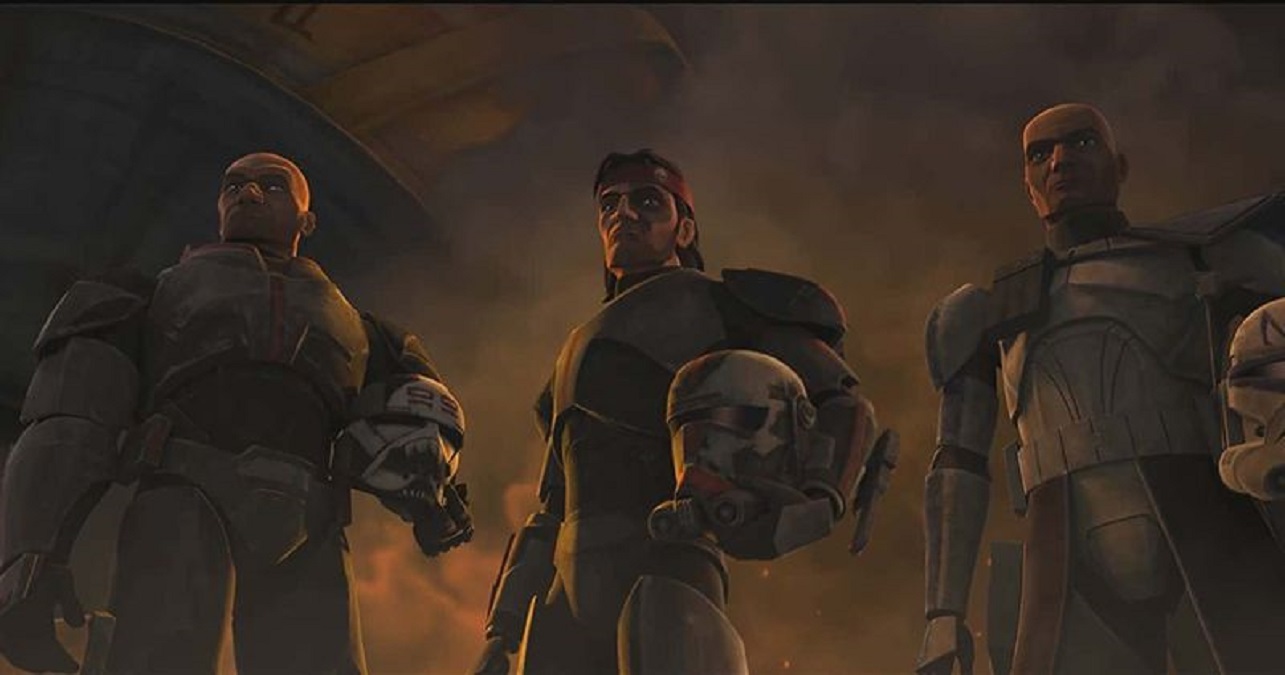 Star Wars: The Clone Wars is an American computer-animated television series created by George Lucas which aired six seasons from 2008-2014. The series was revived for a seventh and final season of 12 new episodes after a five-year hiatus and premiered on the Disney+ streaming service on February 21, 2020. As one of the most beloved additions to the Star Wars universe, it has stood the test of time and remained a crucial part of the Star Wars legacy that continues to be revered for its writing, its action, and its perceived improvements upon characters and storylines from the Star Wars prequel trilogy. It’s a show that’s given deeper context to vital aspects of the Star Wars mythology and allowed the lore to be expanded in incredible ways that change the way fans view the entire Star Wars franchise as a whole. With Disney’s recent track record for creating Star Wars movies that have been received divisively among fans, the Clone Wars television series returning for a seventh final season is definitely something that the fandom can support unanimously with little conflict.

“The Bad Batch” is the first episode of season seven which kicks off a four-part story arc focusing on a ragtag unit of clone commandos, Clone Force 99 as they look to recover valuable intel from the Separatist army. The episode takes place on the planet of Anaxes where the Republic finds its shipyards under heavy attack by Admiral Trench as Jedi Generals Mace Windu and Anakin Skywalker struggle to find a way to defeat the Separatist forces and preserve their valuable assets.

The true struggle of the episode is confirmed when it’s noted that the droid army was beginning to over run their main production facility and cause them to lose their grip on the planet. Its at this point that Cody and Rex join the conversation and try to give their theories on why they seem to be losing so badly. Rex explains that the droid army has always used analytics to predict and counter the tactical strategies used by the Republic. In its essence, this dialogue was meant to convey the idea that the more the Republic uses a specific strategy against the droid army, the less efficient it would become as they used their vast artificial intelligence algorithms to adapt and adjust against attack.

This of course is a big problem because it implies that despite the Republic’s efforts to constantly change their strategies, the droids were still finding a way to counterattack them in devastating fashion. This realization on the matter leads commanding officials to believe the droid army has somehow learned the secrets of Rex’s tactical playbook and put them at an extreme disadvantage. Keeping this in mind, the troopers develop a plan to take a small squad of clones to infiltrate a cyber relay station that the Separatist army uses to coordinate its attack on the battlefield. From there, the clones squad known as the “Bad batch” is introduced as a group of defective clones that have desirable mutations. The Bad Batch consists of Hunter, who has heightened senses like Marvel’s Daredevil, the superhumanly strong Wrecker, the incredibly knowledgeable Tech and deadly sniper Crosshair.

For me, The Bad Batch” is a great episode in and of itself, with great animation, good story telling, and lots of good clone trooper action. It’s also, arguably, a good way to welcome viewers back into The Clone Wars setting, even though it’s not a great introduction for newcomers since it doesn’t focus on any core characters. I was a little let down by the fact that there was not really any Jedi involvement in the episode, but it wasn’t enough of a letdown to affect the way I viewed the episode as a whole. From the perspective of a diehard Star Wars fan, it’s also a little disappointing to me that at least 8 of these 12 episodes are likely going to be finished versions of existing stories, meaning that only the last 4 are likely going to be new episodes touching parts of the story we haven’t seen yet. And since they’re released weekly, its going to be a over two months before we get to the best parts of the season which may cause some fans to become restless as they view most of the season like filler.

Overall, I feel like “The Bad Batch” is a strong start to the final season. Both the script and the voice acting made the episode very convincing and emotionally moving on all levels in my opinion and the episode was well paced. One of the things I love about the series as a whole is how it’s a story about a long war that changes the people fighting in it, and, more specifically, about the day-to-day life of being a clone born bred fight and kill. “The Bad Batch” effectively reintroduces this narrative and demonstrates some of the reasons why fans find The Clone Wars so much fun in the first place. Its going to be a wild ride down to the tragically sad event of Order 66.

REVIEW: ‘Sonic The Hedgehog’
‘Transformers: War For Cybertron’ Is More Than Meets The Eye