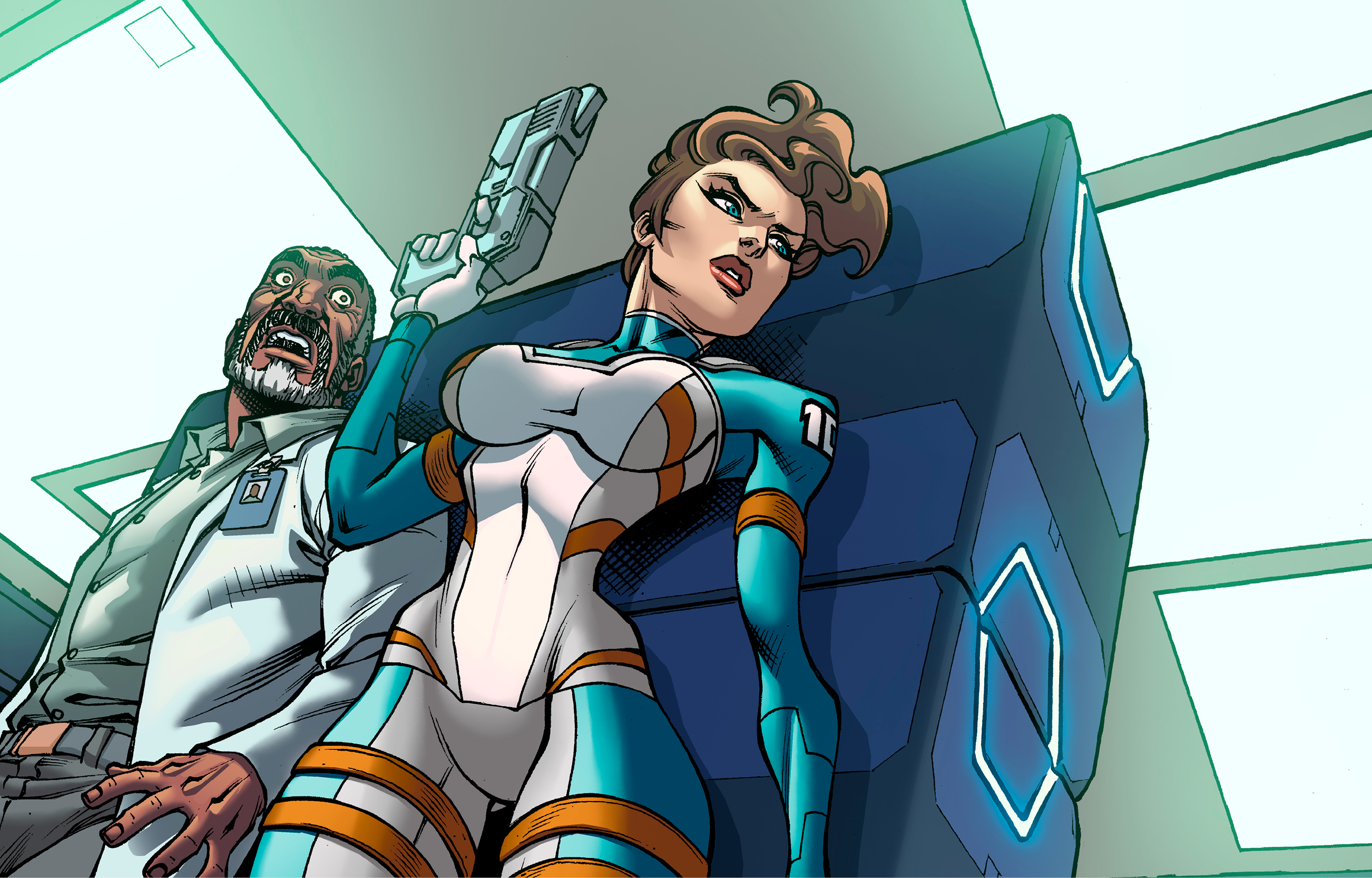 It’s quarantine time, and with Diamond Distribution making the executive decision to release no new books, people have been running out of new material to read. However, just because the mainline may not be putting out books, doesn’t mean that there aren’t a plethora of new books if you know where to look. In the past few years, the Indie comic book game has drastically increased! Crowdfunding campaigns launched by new and independent creators have been popping up left and right. With so much time to read, and all these campaigns to back, I am doing what I can to recommend some series that I enjoy and promote these independent creators. The first series I want to talk about is Dave Brink and his newest project Perfect 10.

I was very fortunate to actually have a chat with Dave about this book, and his vision, and he had this to say:

My inspiration for writing is is definitely nineties comics. I just love that era. It was an age of true freedom in comics, which is how I think things should be... Perfect 10 is my third title in English. And gosh darnit, I’m so proud I got to work with one of my favorite artists, Pow Rodrix! I read books done by him, they’re in my collection, and I never dreamed I would someday get to work with him... It’s just a dream project. The concept has been laying around for 25 years until I finally polished it up. Still took over two years to get it produced finally.

25 years is a long time for a dream to be brewing. After years of working in comics in the Netherlands, trying to break out into the scene, Dave has finally brought his dream to us. What’s more is that the result was well worth the wait.

Perfect 10 is pitched as a fast-moving, sci-fi superhero adventure comic that focuses on a young woman named Ten who is being hunted by superpowered murderers. As she fights for her life, she discovers why these so-called Utravalids are after her, a shocking truth that sends her on a path of heroism. And Brink delivers just that, the artwork by Pow Rodrix reminds me of Ryan Ottley’s work on Invincible with Robert Kirkman, and the story itself feels like if you dropped Ghost in the Shell’s Motoko Kuzonagi into a super hero book.

Ten is a genetically engineered super-soldier whose memories have been tampered with and erased to hide the fact that she and the other synthoids (the term used for these super soldiers) were being used as hitmen to take down Ultravalids. Disgusted by this discovery of how she’s been used as a human weapon, she still decides to fight these Ultravalids, but she does it without taking their lives.

As this is a pilot issue, there’s not too much to talk about, as it spends its time setting up things to come. However, what can be said is nothing but good. There is not a single wasted panel in the book, even exposition is handled in a way where it serves the narrative rather than putting it on pause. If I could describe the book with one word it would be passionate. Brink has really found himself a fantastic partner in Rodrix, as it is very clear that they both share a singular vision for this story. It’s a special thing in comics when a creative team this in sync comes together, and for that alone it makes this first issue and the future of this series worth paying attention to.

David Brink’s Perfect 10 is currently campaigning on the crowdfunding site IndieGoGo, and has several perk tiers for every type of fan imaginable. Perfect 10 is 24 pages, plus some extra art. Brink informed me that it has a chance to expand a few pages if the campaign goes well, and that the second issue has already been planned! So show your support by checking out his IndieGoGo, and earn those extra pages of Perfect 10!

Pulp Goes Pop: The Potential for ‘The Shadow’ in Film
A Rough Start That is Constantly Improving: ‘Hybrid: The Sons of Gods’ 1-4 Review