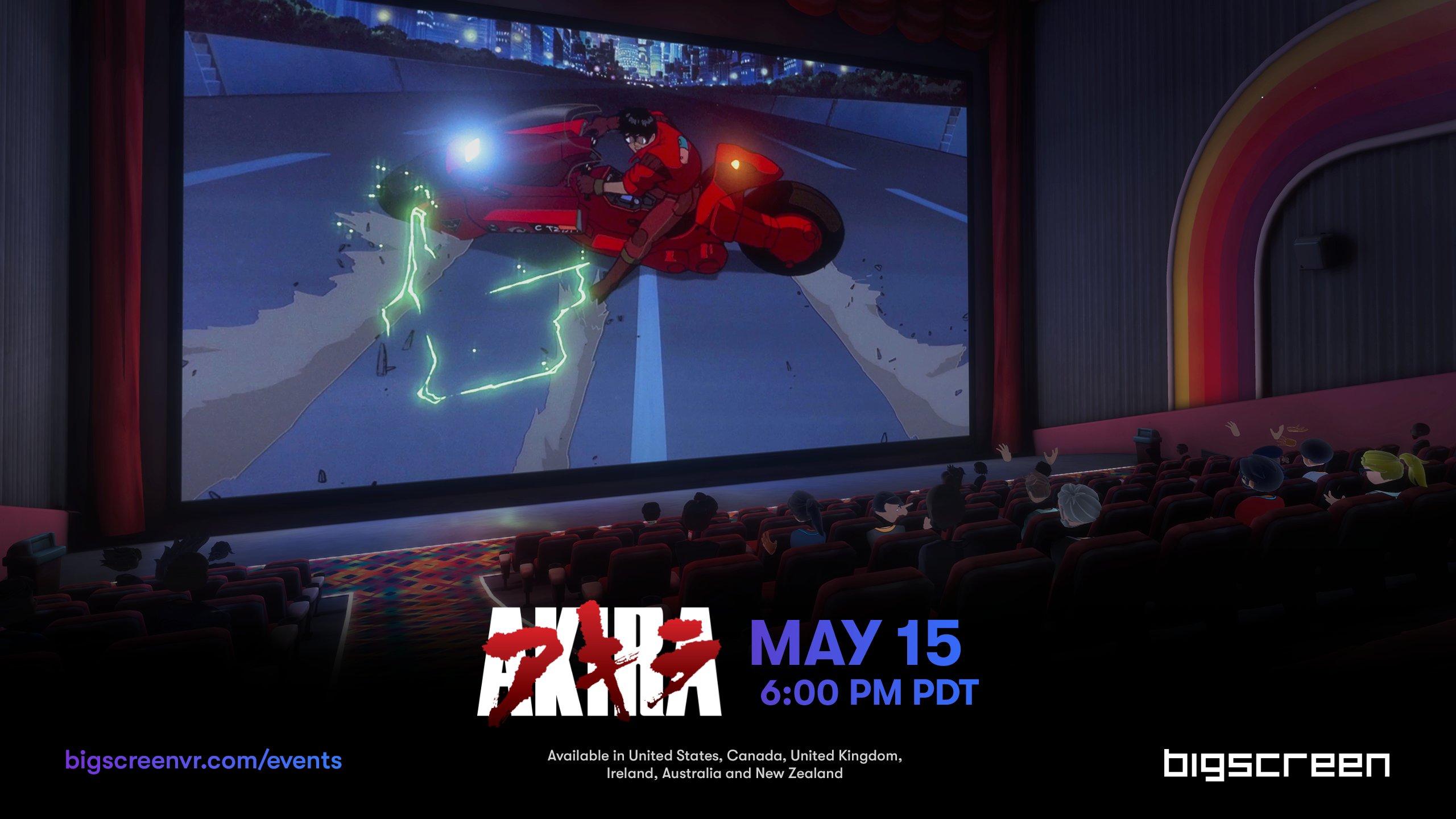 Funimation, the leading global anime brand, and Bigscreen, the leading virtual reality software platform, are expanding anime movies available in Bigscreen’s virtual cinema internationally starting May 15. From My Hero Academia: Two Heroes to the live-action Attack on Titan and more are now available for Bigscreen’s virtual reality audience in Canada, UK, Ireland, Australia, and New Zealand. The virtual anime movie theater has over 30 movies and will be adding additional new releases and popular catalog titles throughout the year. To kick off the launch, Funimation and Bigscreen have programmed special weekend screenings of films starting May 15 with fan favorite Akira.

“We’re making good on our promise to deliver anime across every platform where fans want to be,” said Colin Decker, General Manager of Funimation. “Virtual reality enables our communities to connect in a meaningful way and we’re excited to be partnering with Bigscreen as we take anime to new places.”

The special live film screenings that begin May 15 allow audiences to co-view the movie in virtual reality with friends around the globe. Bigscreen supports infinite concurrent viewers to watch live together in groups of up to 8 people per theater room. The films are broadcast live on a pay-per-view basis at 6PM Pacific (9PM Eastern). Tickets can be purchased in advance from bigscreenvr.com/events.

“Bigscreen is creating a unique experience to bring people around the world together,” said Darshan Shankar, CEO and Founder of Bigscreen. “For the first time on May 15, anime fans in different countries will be able to meet up in our virtual world and watch Akira together.”

After the virtual theatrical screening, films will become available to rent on-demand (VOD). For the full list of upcoming screenings and showtimes, visit bigscreenvr.com/events.

In Bigscreen’s virtual world, users can customize personal avatars, hang out in a virtual lobby, and voice chat with other movie fans. Movies are streamed on screens inside virtual cinemas, providing a social movie watching experience. Users can enjoy films alone or invite up to seven friends to join them in a theater.

Bigscreen can be downloaded for free from bigscreenvr.com and runs on the Oculus Quest, Oculus Rift, Oculus Go, HTC Vive, Valve Index, all SteamVR headsets, and all Microsoft Windows Mixed Reality headsets. Launched in 2016, Bigscreen’s social VR platform now has over 1.5 million users.

The news follows Funimation’s recent announcement of FunimationCon, its first-ever virtual con on July 3-4 adding to an already impressive year which includes the release of the box office hit My Hero Academia: Heroes Rising which passed $13 million at the domestic box office; the addition of a robust slate of anime to its expansive catalog of new, classic, and must-view anime available through its streaming service; and the release of the 30th Anniversary Dragon Ball Z Collector’s Edition which was a top seller.

The Difference Between ‘Apokolips War’ And The Snyder Cut
A Dark Knight Returns? The Future of Batfleck May Shine as Bright as the Batsignal in Gotham