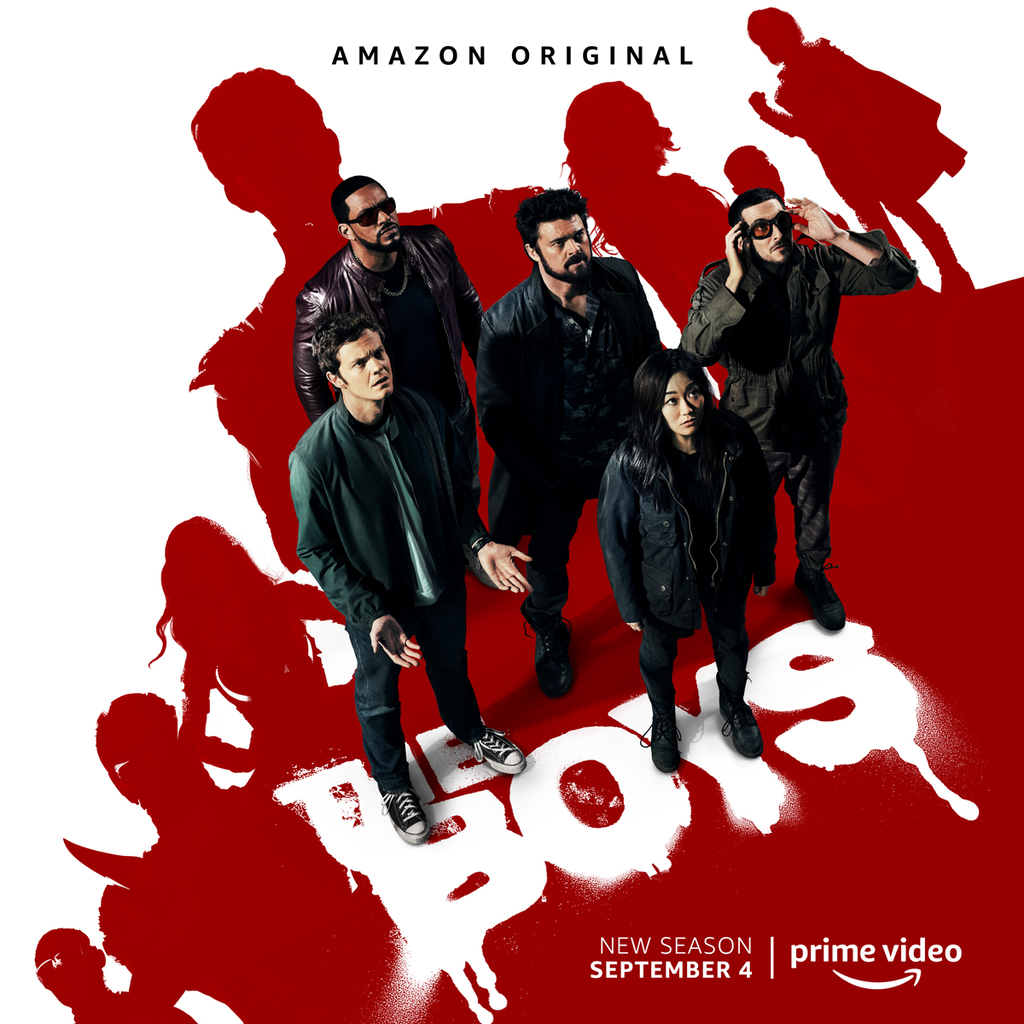 Amazon Prime Video today announced that the hit superhero satire The Boys will premiere the first three episodes of its second season Friday, September 4, 2020. New episodes will be available each Friday culminating in an epic season finale on October 9. The news comes on the heels of the cast coming together for a virtual event, hosted by season two guest star Patton Oswalt, that looked back on season one and also dropped hints for the upcoming season. The eight-episode Amazon Original series will be available on Prime Video in more than 200 territories around the world, and is produced by Amazon Studios and Sony Pictures Television Studios with Point Grey Pictures, Kripke Enterprises and Original Film.

Today’s streaming event also contained a sneak preview of the new season, with the cast and executive producer Eric Kripke revealing the opening moments of season two. Creator and executive producer Eric Kripke says, “We cannot WAIT to show you season two. It’s crazier, stranger, more intense, more emotional. In fact, it’s too much — so the Surgeon General** has insisted we air the first three episodes on September 4, then air the remaining five episodes weekly after that. We wanted to give you time to freak out, digest, discuss, come down from the high, before we give you another dose. We only have your well-being in mind. Hope you love the season as much as we do.

The even more intense, more insane season two finds The Boys on the run from the law, hunted by the Supes, and desperately trying to regroup and fight back against Vought. In hiding, Hughie (Jack Quaid), Mother’s Milk (Laz Alonso), Frenchie (Tomer Capon) and Kimiko (Karen Fukuhara) try to adjust to a new normal, with Butcher (Karl Urban) nowhere to be found. Meanwhile, Starlight (Erin Moriarty) must navigate her place in The Seven as Homelander (Antony Starr) sets his sights on taking complete control. His power is threatened with the addition of Stormfront (Aya Cash), a social media-savvy new Supe, who has an agenda of her own. On top of that, the Supervillain threat takes center stage and makes waves as Vought seeks to capitalize on the nation’s paranoia.

The Boys is a fun and irreverent take on what happens when superheroes – who are as popular as celebrities, as influential as politicians and as revered as Gods – abuse their superpowers rather than use them for good. It’s the powerless against the super powerful as The Boys continue on a heroic quest to expose the truth about The Seven, and Vought – the multi-billion dollar conglomerate that manages these superheroes and covers up all of their dirty secrets.

Prime members can stream The Boys exclusively via the Prime Video app for TVs, connected devices including Fire TV, mobile devices and online. Members can also download it to mobile devices for offline viewing at no additional cost to their membership. The series is a global release and available at amazon.com/TheBoys for Prime Video members in more than 200 countries and territories.

Customers who are not already Prime members can sign up for a free trial at www.amazon.com/prime. For a list of all Prime Video compatible devices, visit www.amazon.com/howtostream.