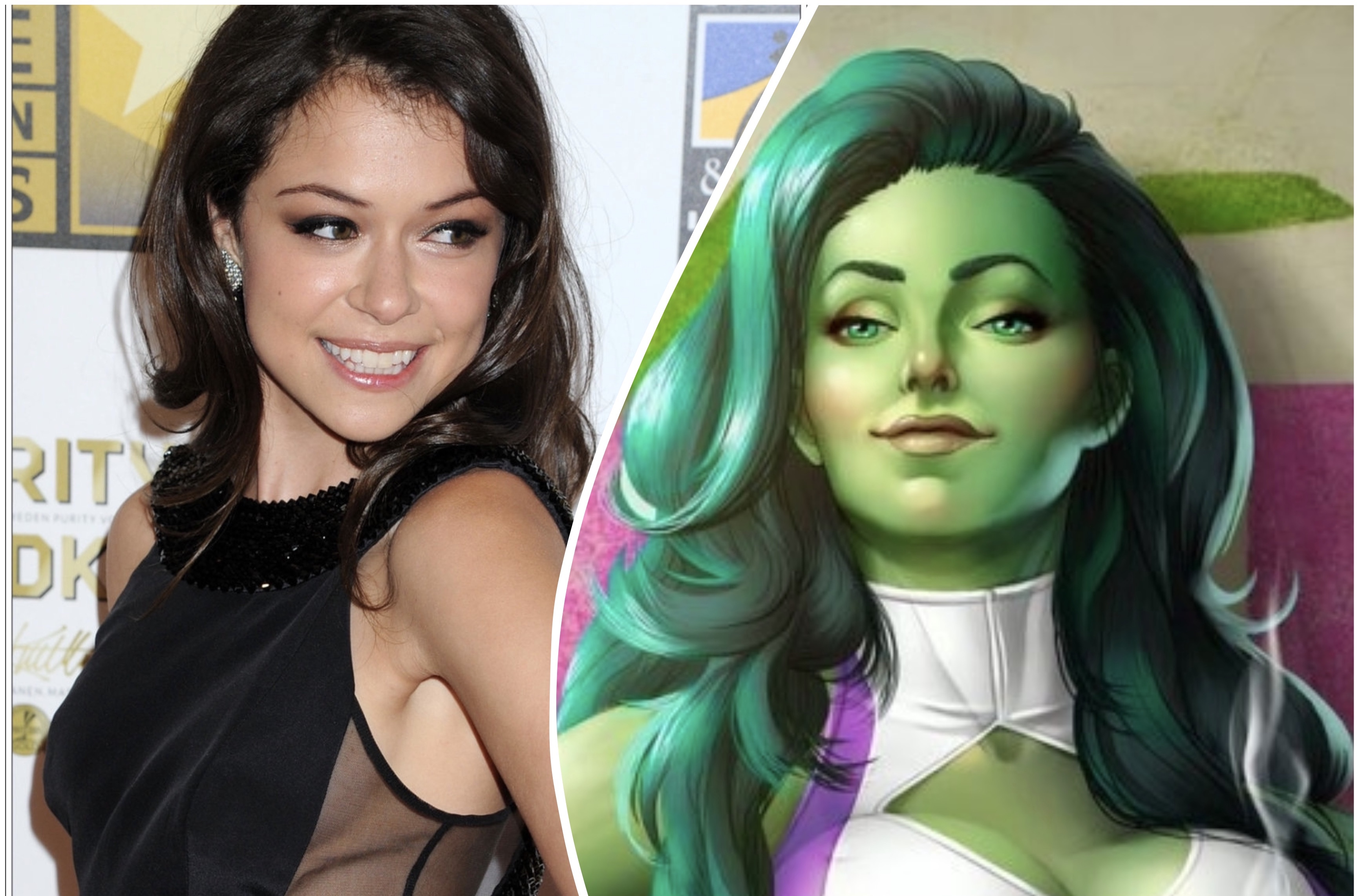 Actress Tatiana Maslany is closing in on a deal to play the lead role of the upcoming “She-Hulk” series at Disney Plus, Deadline reports.

She-Hulk is the last major character co-created by Stan Lee. In the comics, She-Hulk’s real name is Jennifer Walters, attorney and cousin to the Incredible Hulk, Bruce Banner. The series will follow that same story with Maslany portraying Walters, who inherits Banner’s Hulk abilities after she receives a blood transfusion from him. Unlike Bruce, however, when she hulks out, Jennifer is able to retain most of her personality, intelligence, and emotional control; as well as her strength.

She-Hulk is one of the many in Marvel Studios Disney+ series in development, with The Falcon and Winter Soldier, WandaVision, and Loki all set to finish production and begin in 2021. Mark Ruffalo actually teased that he was in “preliminary talks” to reprise his role as Bruce Banner in a She-Hulk TV series during his visit to The Late Show with Stephen Colbert back in March.

Reps for Maslany declined to comment. Reps for Disney did not immediately respond to request for comment according to Variety.

Earlier this week, it was reported that Kat Coiro was hired as director and executive producer for the ‘She-Hulk’ series. She will direct the pilot and additional episodes of the series. Rick and Morty veteran Jessica Gao is the writer and showrunner for She-Hulk. The series is will begin filming next year.

Maslany is best known for starring in Orphan Black as several different clones for five seasons. She even won an Emmy Award for Best Actress in 2016 for her multiple roles on the show. More recently, Maslany co-starred in Perry Mason on HBO.

What are your thoughts Freaks & Geeks? Are you excited to see Tatiana in the role? Let us know in the comments!