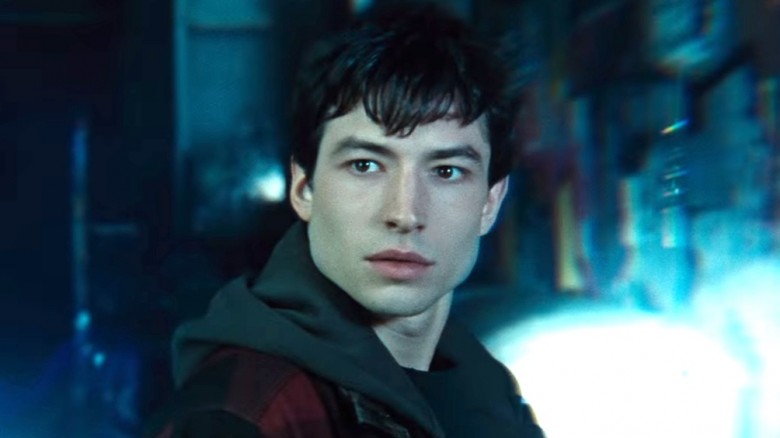 Actor Erza Miller is trending on social media after a clip of him appearing to choke a female fan on the streets of Reykjavik went viral. Miller, who plays The Flash in the DCEU and also stars in the Fantastic Beasts movies, appear to be choking a female fan after challenging him to “fight.”

We’re not sure if the video is a prank or if it’s a real situation, as the woman in the video appears to be playfully smiling and laughing. However, the reaction of the person filming comes off as serious with the man yelling, “Whoa bro! bro!” as the woman is pushed to the ground and the camera cuts out. Without the full context of the video, it’s impossible to know if this video is a prank. It is also not confirmed that the man in the video is Miller.

The video, appearing on Reddit this weekend, shows a person who appears to be Miller saying to a girl who steps toward him with a smile on her face: “Oh, you wanna fight? That’s what you wanna do?” before grabbing her throat.

A Twitter user posted a screenshot of the Reddit thread, where the user “groovylips,” who filmed the video, answered questions about it.

He claimed: “[Ezra] was showing her his ‘scars’ from all the fights he’d been in and she said I could beat you up.”

The reddit user also alleged he threw Ezra off the woman in the video, and that Ezra was “standing barefoot outside for at least 10 minutes while the bouncers waited for cops to pick him up”.

Miller, who’s set to play the lead role of Barry Allen in the upcoming DCEU film The Flash, has yet to comment on the clip.

The video has caused quite as stir on Twitter, with some fans asking that everyone waits to hear the full story while other are calling for Miller to be cancelled with the hashtag “ezramillerisoverparty” trending.

What are your thoughts? Do you think this is a prank? Is it serious? Or is this a bad look either way? Let us know in the comments.