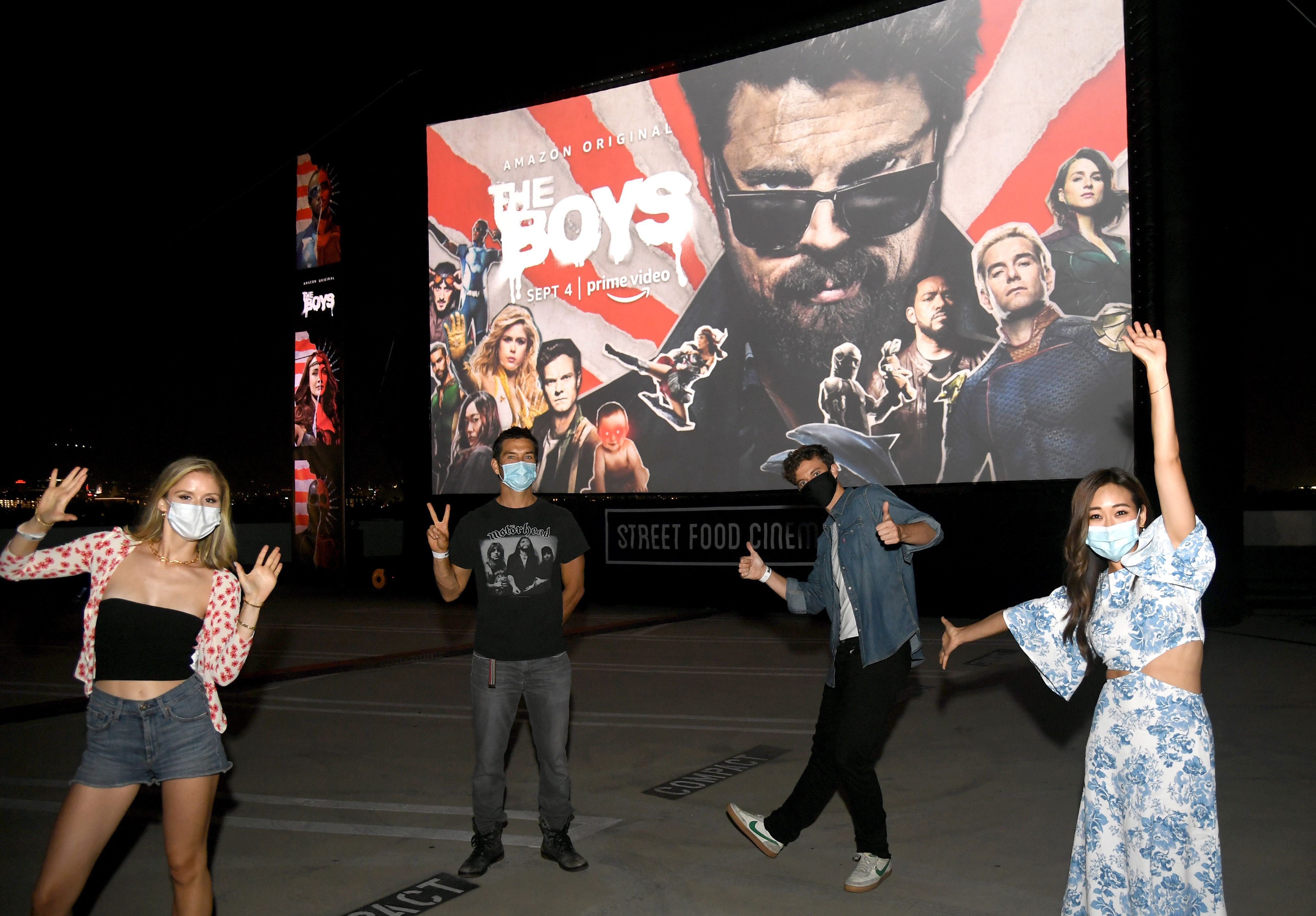 Guests arrived in their cars through Lucy the Whale, who makes a special and quite memorable appearance in the third episode of the critically acclaimed and fan favorite series. Ahead of the drive-in special screening, guests were invited to a diabolical and socially distant pre-party in their cars, where they had their pictures taken at the drive-through photo op activation, danced in their cars to the music of DJ Michelle Pesce, enjoyed Umami Burgers, Popcorn and Swedish Fish.

A special encore drive-in screening for cast and fans is also being held tonight (Friday, September 4th), and is currently at full capacity.

The first three episodes of Season 2 were released last night as a surprise to fans. Today, September 4, is the official premier date with new episodes available each Friday following, culminating in an epic season finale on October 9. The eight-episode Amazon Original series will be available exclusively on Prime Video in more than 200 territories around the world.

Gotham Knights May Be The Answer To Fans Prayers About The Bat-Family
Strange Adventures #5 Review: The Invasion Looms